In summer awaits the cuisine of “La Rotonda”, open-air restaurant located on the cliff crowning the tip of the promontory to enchant, to the restless Tyrrhenian scents, flavors and unforgettable tastes .

Supervised by the severe amount of a tower di’avvistamento sixteenth century, La Rotonda is on a rock on the tip of the promontory of Capo Bonifati, allowing the gaze captivated its guests to roam on the quiet surface of the Tyrrhenian Sea between Cape Vaticano and Cape Palinuro and mind a trip back in time.

Awaits a small exclusive restaurant reserves a romantic atmosphere for a drink as well as a dinner on the tables from which you can almost directly mirrored on the water in the bay and from scrutinizing the movements of fish seeking shelter among the rocky outcrops. The cuisine of chef Giorgio delight even those who arrive by boat, with recipes based on local fish never conventional, enhanced by warm hospitality that reflects his love of this strip of land embraced by the sea. 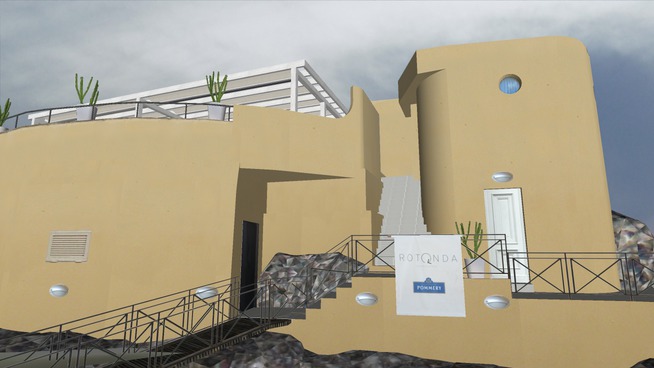 Than start Google Earth to see it